How to Retain and Attract Contract Staff? The Story of DPD Couriers 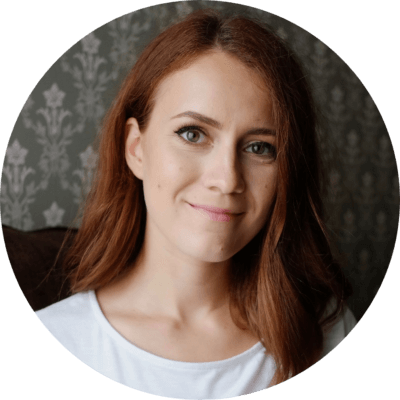 “Customers don’t really know if couriers are our employees or not. They think they are, because couriers look like us and do our thing. The couriers themselves also often mistakenly think that they work for us, or feel that way. And that also seems to make sense. We think of them as our own employees,” says Kristiina Raha, trainer of DPD couriers and one of the managers of the workspace in GuavaHR that was created especially for their couriers.

Although for parcel delivery companies couriers are indeed the customer’s first and often the only contact with the whole company, they may not be employees of that particular business. However, DPD has decided that this does not mean they are dealt with differently, but that the benefits for both come from close contact and a sense of unity. Exactly a year ago, all couriers cooperating with DPD joined GuavaHR, following the example of DPD’s employees, the very first customers of GuavaHR.

The journey of launching the GuavaHR environment for DPD couriers began with the parties seeing on a daily basis that there is a need to share information quickly and simultaneously with many couriers, but also to simply exchange impressions. Until now, only couriers from the same subcontractor had communicated with each other, as they were in the same team and had to work together because of shared areas.

“Apart from emails or scanner messages that do not transmit an image and were limited by the number of characters, we had no other options,” Kristiina describes the shortcomings in the communication that led to joining GuavaHR. “From time to time, Facebook messenger group chats were also used, which was not suitable for us because they are not secure enough for internal use and the chat was not common to all couriers. Our goal was to bring the couriers together and combine the information. We wanted to involve them more and more so that they would feel united with DPD,” she adds.

The implementation process and getting used to the new digital solution turned out to be easier than expected. “I don’t know whether it was because of the pandemic or because we had a lot to tell the couriers and vice versa,” Kristiina confirms. “I remember that in the DPD employees’ workspace there was initially more fear to post, but couriers are more relaxed. They are not so afraid to express their opinion and are quicker to point out problems. In addition, they do not see each other as much and don’t have that much contact with each other,” Kristiina points out the reasons why the communication between them became so active.

How is the involvement of non-employees different from the involvement of employees? Kristiina says that since couriers are not office workers, like most DPD staff, some things are not important or interesting to them at all. However, common goals and topics with DPD, such as the best employees of the year, who include couriers as well, are shared with them.

“The content is very precisely targeted to them: personal stories about the office people they are in touch with, changes in work procedures and operational work problems – if something happens to equipment or parcel machines,” Kristiina lists. In addition, through GuavaHR, they have sought the opinion of couriers on issues such as the development of parcel machines, as they are the real experts of them.

But what do the couriers themselves share in the environment? “They are united by a common problem. Our couriers discuss in Guava a lot about things they don’t like: how the location of a parcel machine doesn’t seem reasonable, why some procedures are the way they are. They want to know whether others also have such problems and whether they could be changed in any way,” Kristiina explains.

According to Kristiina, without Guava, information about problems and worries would only reach them for example during the annual satisfaction survey, at a much later date. “And some things would never get anywhere without Guava. We have emphasized that if you have an idea, talk about it in Guava now. There is no point in waiting – let’s start doing it,” believes Kristiina. From their side, they try to answer every question raised and say if they can do something about it or when they plan to do so.

“I want to believe that couriers feel noticed. It has also been communicated to me that there was no place to say anything before. You can talk on the phone, but only one person will listen to you, and if they don’t deal with your problem, it will stay that way. But in Guava, another courier discovers through your post that he also has this problem, and you can’t ignore it,” confirms Kristiina.

Praise from customers or colleagues also has a place in the environment. In GuavaHR there is a completely separate channel called Thanks! for this, and it gets a lot of use. “The praise and thanks from the management also go down well with the couriers. The praise will have a much larger voice and a bigger audience in Guava than elsewhere,” says Kristiina.

A Shared Communication Channel is Self-explanatory

Initially, Kristiina feared that a common environment for exchanging work information would not interest the couriers at all. This fear did not turn out to be true. “In terms of the crisis situation, Guava came at a really good time, it helped us a lot at that moment. Maybe it also helped to raise the level of adoption and activity,” says Kristiina, who carried out the implementation process at the beginning of the crisis at the second half of February 2020. “Even today, we don’t have to make an effort to have some content in the environment. Our goal is that every courier who joins us also becomes a user of Guava and visits it once a week.”

The courier’s satisfaction survey also revealed that they are satisfied with the solution and Kristiina has not got any negative feedback. “They take it as self-explanatory that such a communication channel must exist,” says Kristiina. She adds that it can be seen that the couriers are discussing what has been read in Guava. “You ask someone if they already know about a specific thing, and they respond that yeah-yeah, I have already read about from Guava.”

What are the benefits of using the environment for Kristiina herself? “If at least 70% of couriers have read my important message, then I know I don’t have to start calling someone specifically for that,” she laughs. And she adds that she is always looking forward to reading the comments and posts of couriers – whether it is worries, descriptions of their successful working days, celebrating Father’s Day or congratulating colleagues in the office. “We are very happy about those,” Kristiina confirms.

The Workplace Atmosphere is Shaped by the Company Itself

But what does Kristiina recommend to those who are worried about the increase of problems when communicating with their contract workforce or are afraid of criticism that will become public to everyone with the usage of a communication channel? “Everyone can post anything on social media too about their employer. You have to be ready to be honest with yourself because such an environment really gives the company a new opportunity. At DPD, we have decided that we want to know what is wrong in order to make things better. Using Guava is not just about box-ticking. It does really add value,” says Kristiina.

The atmosphere of the GuavaHR environment is designed by each company themselves, Kristiina believes. “The way you design it, whether it’s casual or more formal, that’s how people come along with it,” she explains. According to Kristiina, administrators of the environment should think about what rules should be set for everyone at the beginning and those rules should also be introduced to users. “And then you just post! If you make a mistake, make an inappropriate post, or say something wrong, you should not be afraid to apologize. If you are unsure about a post, discuss it with others. We did the same in the beginning,” Kristiina advises.

Kristiina admits that the feeling of unity among the main and contract employees is largely affected by the company itself. Information about what is happening in the courier environment is constantly exchanged with DPD’s main employees. “Personally, I feel that we are much closer to each other now,” Kristiina concludes.

Britt is a psychology professional & communication fan with a background from journalism.

This website uses cookies to improve your experience while you navigate through the website. Out of these, the cookies that are categorized as necessary are stored on your browser as they are essential for the working of basic functionalities of the website. We also use third-party cookies that help us analyze and understand how you use this website. These cookies will be stored in your browser only with your consent. You also have the option to opt-out of these cookies. But opting out of some of these cookies may affect your browsing experience.
Necessary Always Enabled
Necessary cookies are absolutely essential for the website to function properly. These cookies ensure basic functionalities and security features of the website, anonymously.
Functional
Functional cookies help to perform certain functionalities like sharing the content of the website on social media platforms, collect feedbacks, and other third-party features.
Performance
Performance cookies are used to understand and analyze the key performance indexes of the website which helps in delivering a better user experience for the visitors.
Analytics
Analytical cookies are used to understand how visitors interact with the website. These cookies help provide information on metrics the number of visitors, bounce rate, traffic source, etc.
Advertisement
Advertisement cookies are used to provide visitors with relevant ads and marketing campaigns. These cookies track visitors across websites and collect information to provide customized ads.
Others
Other uncategorized cookies are those that are being analyzed and have not been classified into a category as yet.
SAVE & ACCEPT